How often do you get to eat food that was developed as part of the space race? When NASA was in the early years of its space program, one of the critical challenges facing them was how to provide food for its astronauts that were fresh, tasty and nutritious.

One of the initial solutions that emerged from NASA’s research program was the very first type of nutrition bars. The first wave of bars was launched in the 1960s as the Apollo moon landings were at their height under the catchy label “Space Food Sticks.” At the time, Space Food Sticks were presented to consumers as “Non-frozen balanced energy (snacks) in rod form containing nutritionally balanced amounts of carbohydrate, fat, and protein.” Not the catchiest marketing hook!

Space Food Sticks were durable, versatile bars marketed in a range of flavors, spanning orange, mint, and peanut butter. The key criteria governing their design, was their size and shape had to enable an s astronaut to be able to easily eat them in space while wearing his helmet.

From their public debut as essential astronaut food, during space missions, energy bars quickly transformed into a high-energy source of quick burn fuel for athletes. Today, Protein bars are for everyone, although they still hold a spot for people looking for a quick pick-me-up burst of energy for those people looking for a healthy snack.

Pillsbury, makers of the original Space Food Sticks for NASA, tried commercializing the recipe but with limited results. Space Food Sticks failed to capture either the public’s imagination or their taste buds. Sadly, it would be decades before energy bars in their current form would make an appearance.

Protein bars made their athletic appearance in 1986 when they were released commercially as Power Bars. Power Bars ignited a new segment of athletic energy supplements each boasting a unique formula but all claiming to provide athletes with a reliable source of high levels of protein. Dieters quickly caught on to them and they became a regular part of many protein replacement diets.

Across America, meal patterns were changing, snacking occasions were increasing and tastes were changing. In response to these trends, energy bar manufacturers altered how they positioned and promoted nutrition bars. Today, protein bars enjoy mass-market appeal as a healthy energy boost, thanks to their natural ingredients. Energy bars are widely accepted as a healthy between-meal snack, or, as an occasional meal replacement. In 2006, devotees of the original Space Food Sticks could finally relive their youth when the original Space Food Sticks were re-released.

Fast forward to 2017 and we’ve come a long way from “Food Space Sticks” and the original Power Bar. Just about any and every flavor you can imagine is now either available at your local health food store or available online. Hundreds of different brands, diet-specific bars, low sugar, high protein, high fiber, low fat, high fat – you name it! In 2016 alone, sales of protein and nutrition bars exceeded 4 billion dollars globally! That’s a lot of protein bars.

With such a saturated market you might wonder why bothered starting a business in this industry. Is there really room for another protein bar? Well at The Bar Shack we’re different. Unlike the mass market bars on retail shelves that make bars with ingredients they think you’ll like, we allow you to choose the ingredients you like and create a truly customized protein bar. So go ahead and give it a try today-the taste and texture of a freshly made protein bar is light years ahead of any bar currently on the shelf. 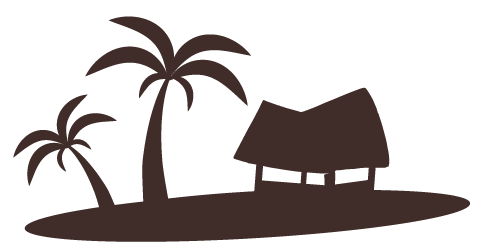